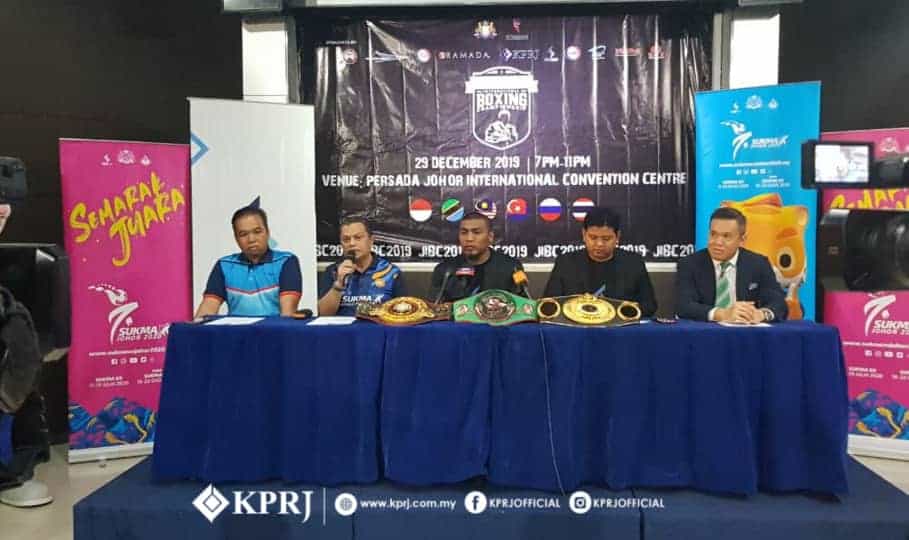 OUR BOXER READY FOR HIS BIGGEST FIGHT OF HIS CAREER

KUALA LUMPUR, 19 DECEMBER 2019 – National boxer, Muhammad Farkhan Haron, will soon square off with Tanzanian boxer, Pascal Ndomba, in the most important fight of his career yet at the Johor International Boxing Championship (JIBC) 2019 on Dec 29 at the Persada Johor International Convention Centre (PJICC), Johor Bahru.

Apart from defending his Asia cruiserweight (90.7kg) World Boxing Association (WBA) and World Boxing Council (WBC) titles, he will be challenging his opponent — who has 24 wins, two ties and nine defeats — for the International Boxing Federation (IBF) intercontinental title, too.

Muhammad Farkhan, 30, who has a 100 per cent win-record from 10 fights said: “For the first time I’m getting the opportunity to take the intercontinental title, which is just a level below the world title. Preparations have been good. I just need to lose 3kg in 10 days.

“Certainly he (Ndomba) is more experienced, having 35 fights under his belt, with 22 out 24 KO (knockout) victories. But that shouldn’t be an excuse for me to throw in the towel so fast. Nothing is impossible and the person with the best fight preparation is capable of winning.”

The fight begins at 8pm with a performance by Zizi Kirana and Ben Ladin included. You can also catch it on Astro Arena from 8pm – 11pm.

Take note as well that another national boxer, Eswaran Murali (6-0-0), will be getting into the fighting ring with Indonesian, Hery Andryanto, in a (JIBC) co-main event to claim the International Boxing Association (IBA) Asia title. — BERNAMA